The Princess of Nalaantai was never expected to be born, much less to survive past infancy. Unfortunately, her life is expected to be used as a penance for her family's follies, and that entails being forced to marry a man twice her age, and into the volatile Essenian court.

Every four generations, the ruling clan of the Ximoyan Desert and the Empire of Essenia would engage in a marriage pact. One nation would marry its eldest legitimate daughter to the other's crown prince, and ideally, it would alternate each time. The Princess is, unluckily, the only eligible princess left in Nalaantai, and her marriage determines who the next Emperor of Essenia is.

Hiya! This game looks really promising! I came here after playing Absinthian Ballad and I have to say that this game did not disappoint at all. I love the style that this is written in. One small suggestion coming from someone of East Asian culture, maybe language wise try to stick to one to two languages, as you're using english phonetics (or their equivalents), especially for Asian languages, it can get very confusing. I understand the want to draw from multiple cultures, however language wise, the languages developed farily independently and it doesn't exactly make sense why they would be as mixed as they are in this world. Maybe try sticking to one Asian language and one European language to mix into English for each culture? That would make the language differences more distinct and also less confusing for anyone who's bilingual.

Also as a side note: Gege means older brother in Chinese, which is my mother tongue, while I know that you're mostly using Manchurian titles, it also gets very confusing every time I see the MC being addressed as gege (I'm still at the start of this game)

probably my favorite game I’ve found on this site. The writing style is so good, the setting is so interesting, and I love the characters. I love the time they spent fleshing out mc’s relationship with her family too.

I think this has much potential! I really loved the little world you've set up, the rules and the manners and court intrigue. It really felt like I was in a period drama lol.

I found this on dashington and lemme tell ya, I may be somewhat confused as to where the plot is headed (I blame my sleep deprived mind 😔✌️) but I’m here for the angst and for a great story! Seriously tho for whoever’s reading this, check it out!!

Hello! I'm really excited for this game! I stumbled across this on the dashingdon website and was really interested in this once I started reading it. I'll cheering you on and be waiting for the completion of this. 🥰 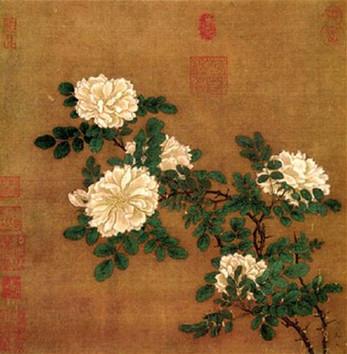